A Decade of Success, A Brighter Future 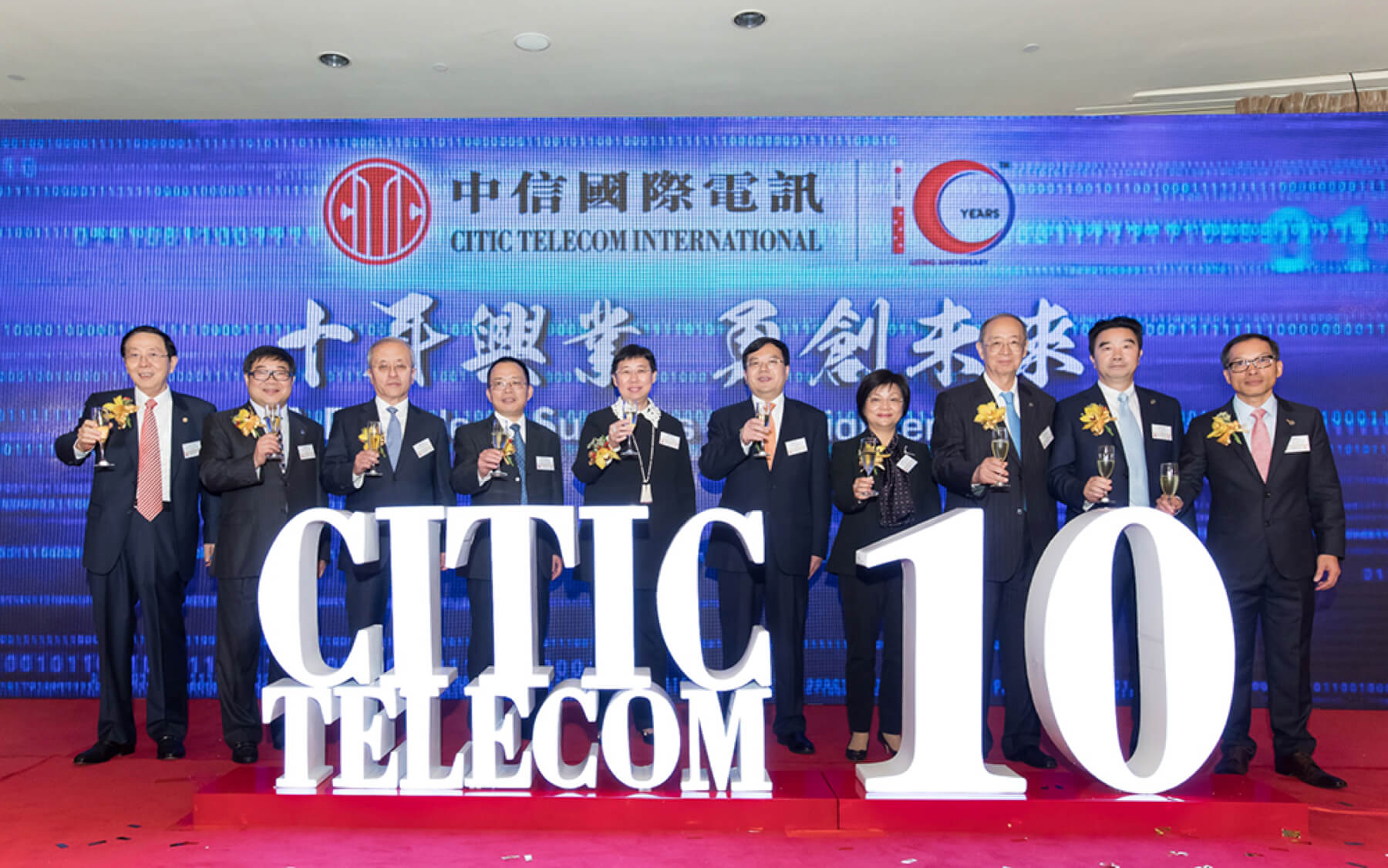 CITIC Telecom International Holdings held its 10th Listing Anniversary Cocktail Reception on 27th October, 2017. Heavy weights from the industry and the political and commercial sectors in Mainland China, Hong Kong and Macau were present to celebrate with the Group for its extraordinary development path and brilliant achievements in the past decade.

Speaking at the cocktail, Mr. Cai Xiliang, Vice President of CITIC Group Corporation and Vice President of CITIC Limited said, “CITIC Telecom is the flagship of CITIC Group in the information service sector. It is an important investment vehicle of the Group playing a crucial role in bringing synergies to and to full play the integrated advantages. CITIC Group is seeking to transform itself through developing ‘Internet+’ communication business and emerging strategic industries. The Group will also spare no effort in supporting the development of CITIC Telecom. I do wish CITIC Telecom growth in leaps and bounds in the years to come.”

Mr. Xin Yue Jiang, Chairman of CITIC Telecom, said, “CITIC Telecom has got listed for 10 years. We have diligently followed the strategic objectives of ‘rooted in mainland China, taking Hong Kong and Macau as the base and connection, speeding up global expansion and coverage’. We have gradually developed from mainly serving carriers’ international business to operating three major segments: international business, enterprise service and regional integrated telecommunications business. We also built network and coverage along the “Belt and Road” regions. On the 10th listing anniversary, I would like to give my heartfelt thanks to the community, shareholders, all our business partners and friends for their ongoing supports and trust, and also to my dear colleagues for working together side-by-side. Looking ahead, the Group will continue to strive for excellence and ever better results, to the end of bringing another fruitful and successful decade.”

Dr. Tiger Lin, Executive Director and CEO of CITIC Telecom, said, “In the past decade, we have seized the immense opportunities arising from globalization, the ‘Belt and Road’ initiative, etc. for business breakthroughs. Looking ahead, we will build on the past to explore and to innovate, with a vision of becoming ‘an internet-oriented telecommunications company’. We will break the communication limit between human to human, human to things and things to things, driving a better and higher standard of living for our society and people. With the objective of ‘growing in strength, quality and scale, achieving higher standards, and delivering top-rated results’, we will keep working diligently to create greater value for shareholders, clients and colleagues, paving more remarkable milestones ahead.”

A Decade of Success 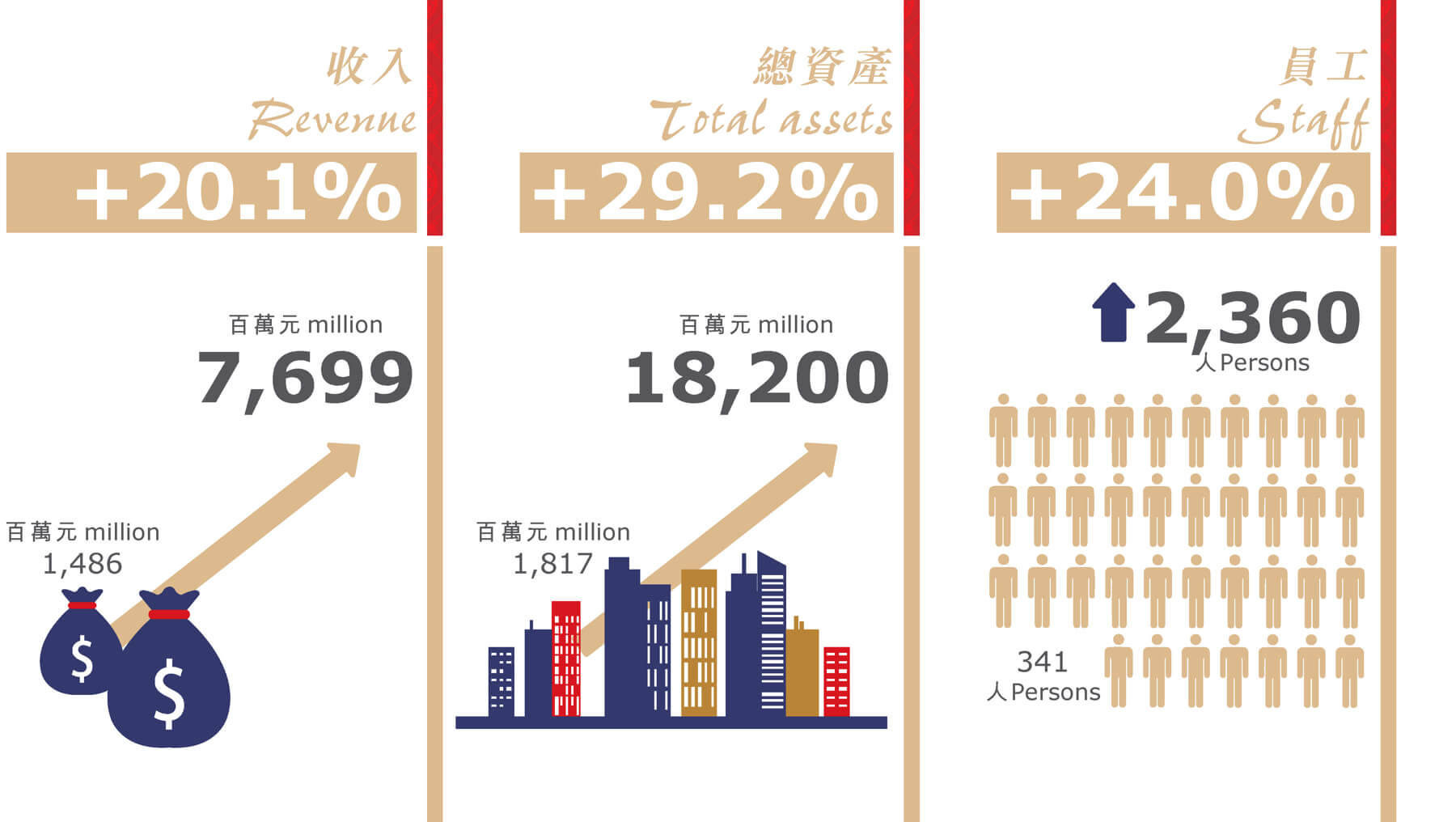 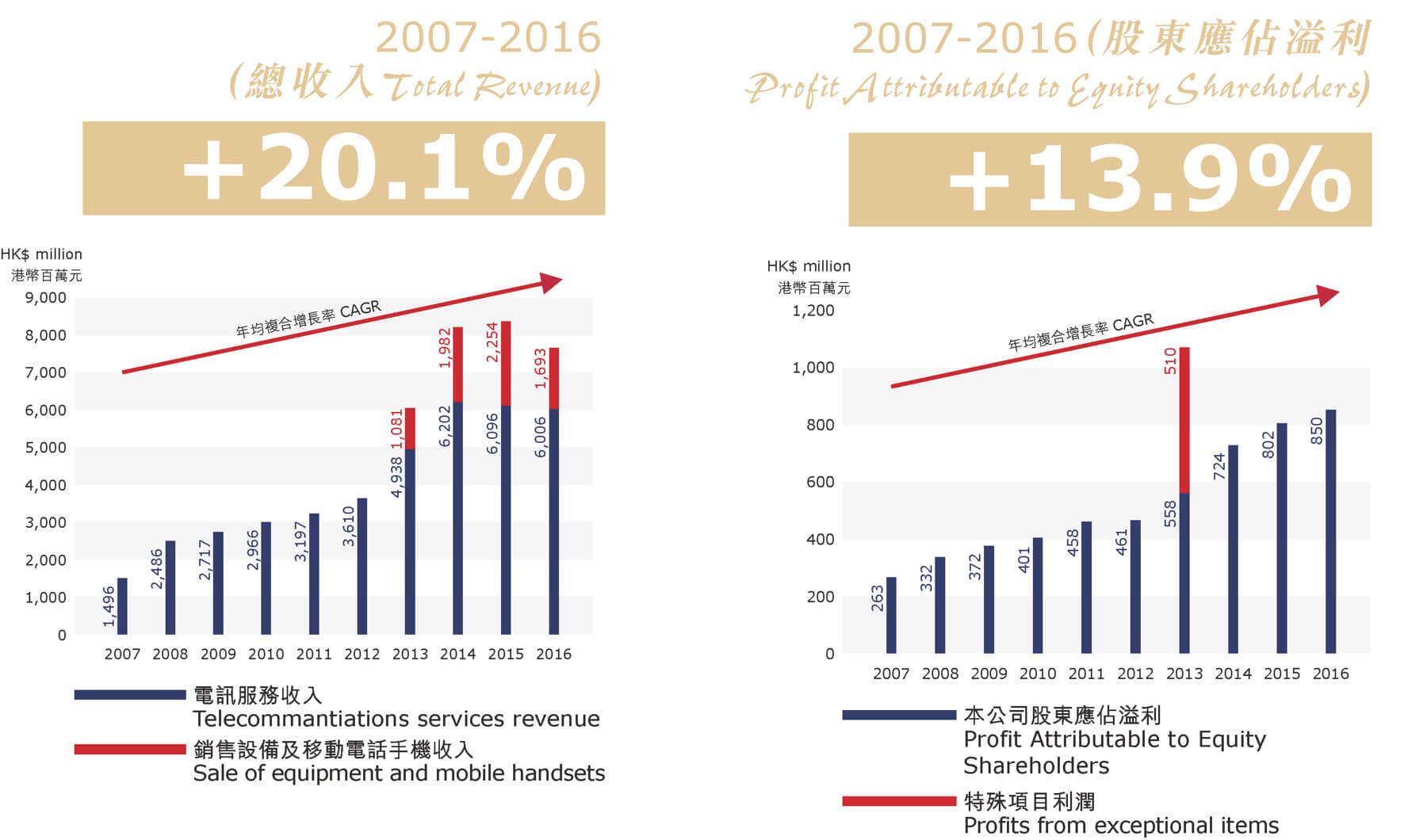 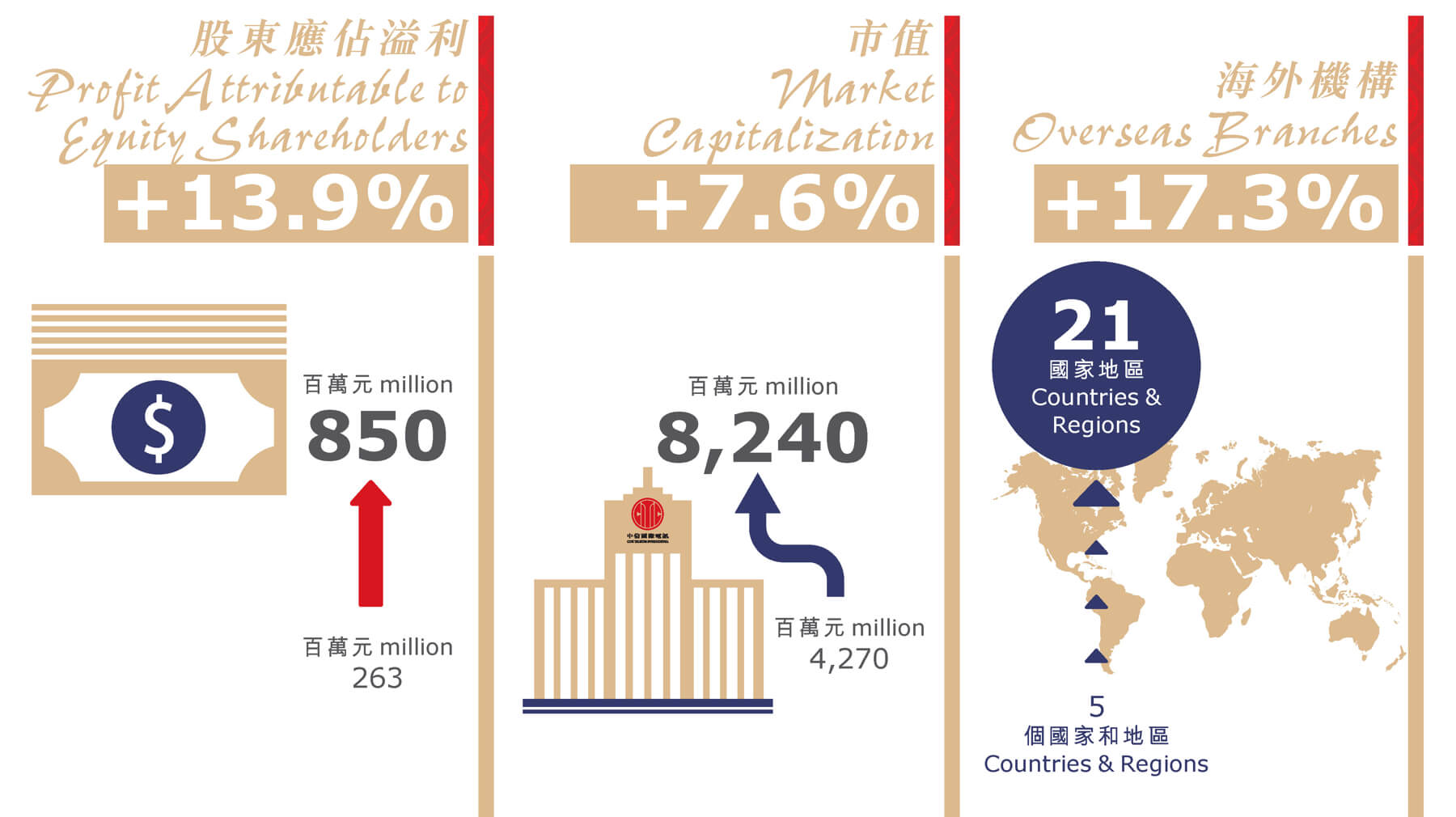 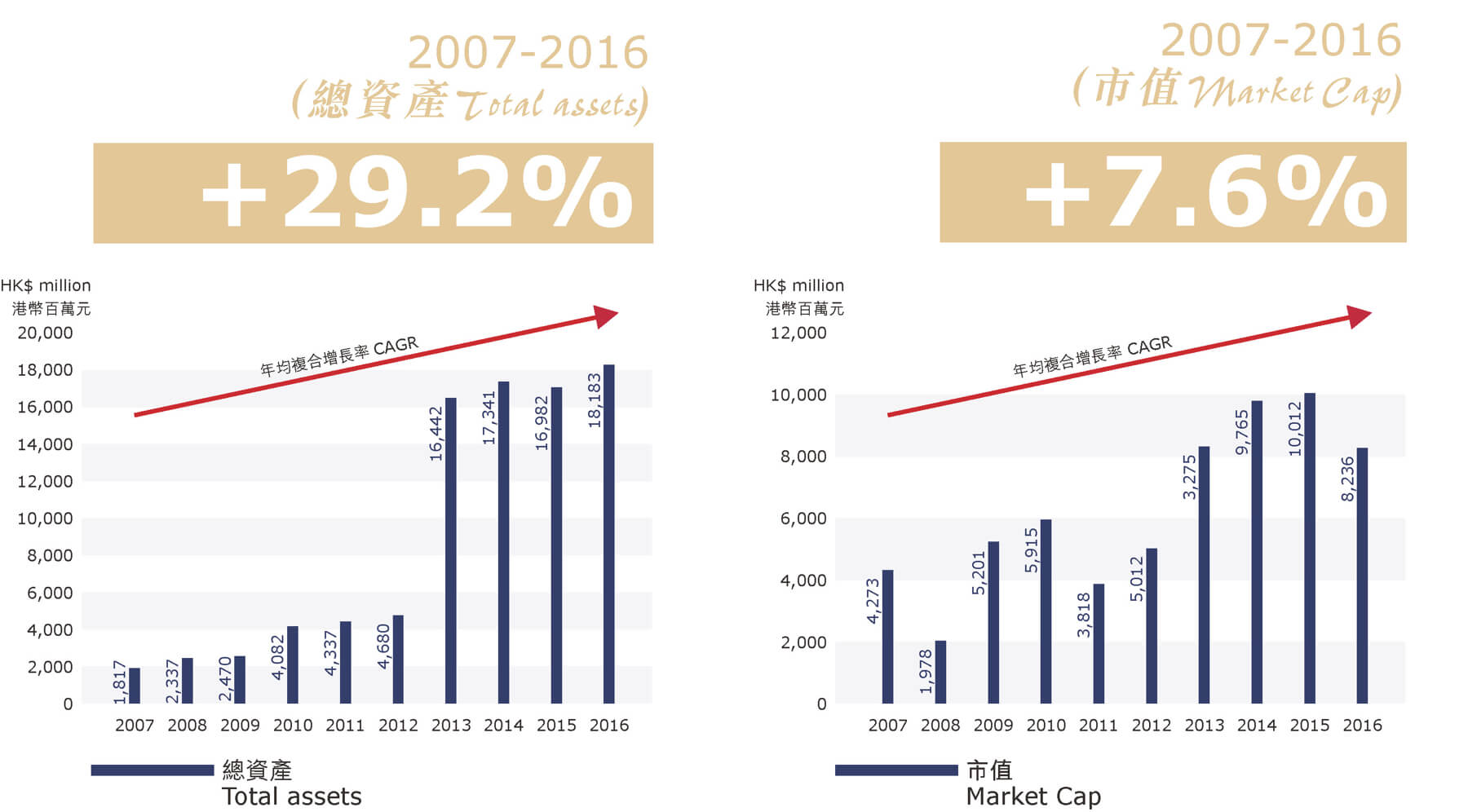 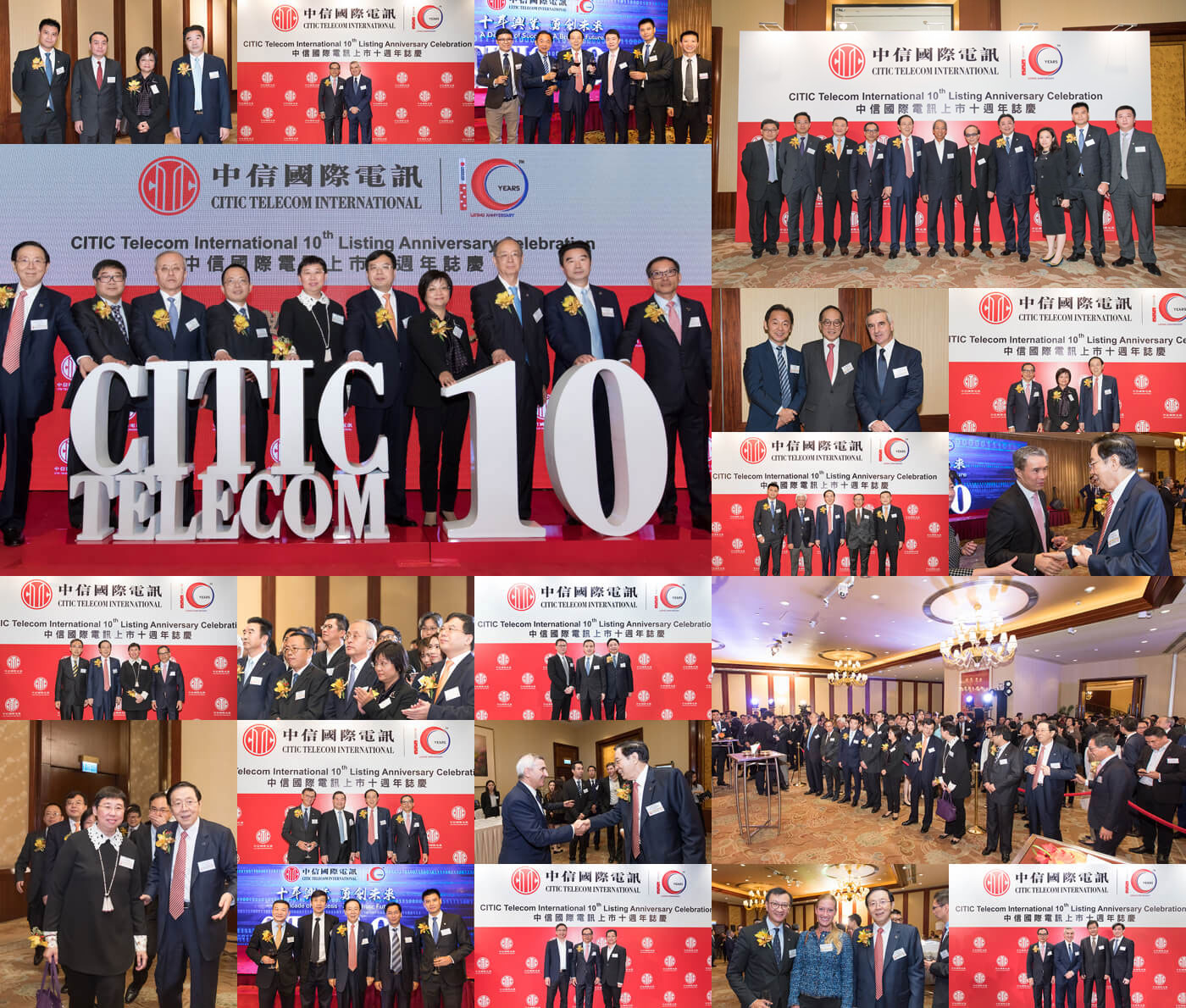 Since its listing ten years ago, CITIC Telecom has transformed from a medium-sized telecommunications company which was only engaged in international telecommunications business, into a leading multinational integrated telecommunications and ICT services group in Asia Pacific, and has become the telecom flagship of CITIC Group. Our achievements is attributable to the opportunities, customer trust, CITIC Group’s support, shareholders’ support, and all the dedicated staff around the world.

In the next decade, the Group will continue to thrive. We are definitely not satisfied with the current status. There are lots of opportunities following the rapid development of 5G, IoT, Big Data, Cloud Computing & AI. Opportunities also arise from globalization, the ’Belt and Road’ initiative, ’Guangdong-Hong Kong-Macao Greater Bay Area’ project, which we could ride on and further speed up our business development.

Past ten years has become part of our history,

and we are dedicated to starting a new chapter for a brighter future.